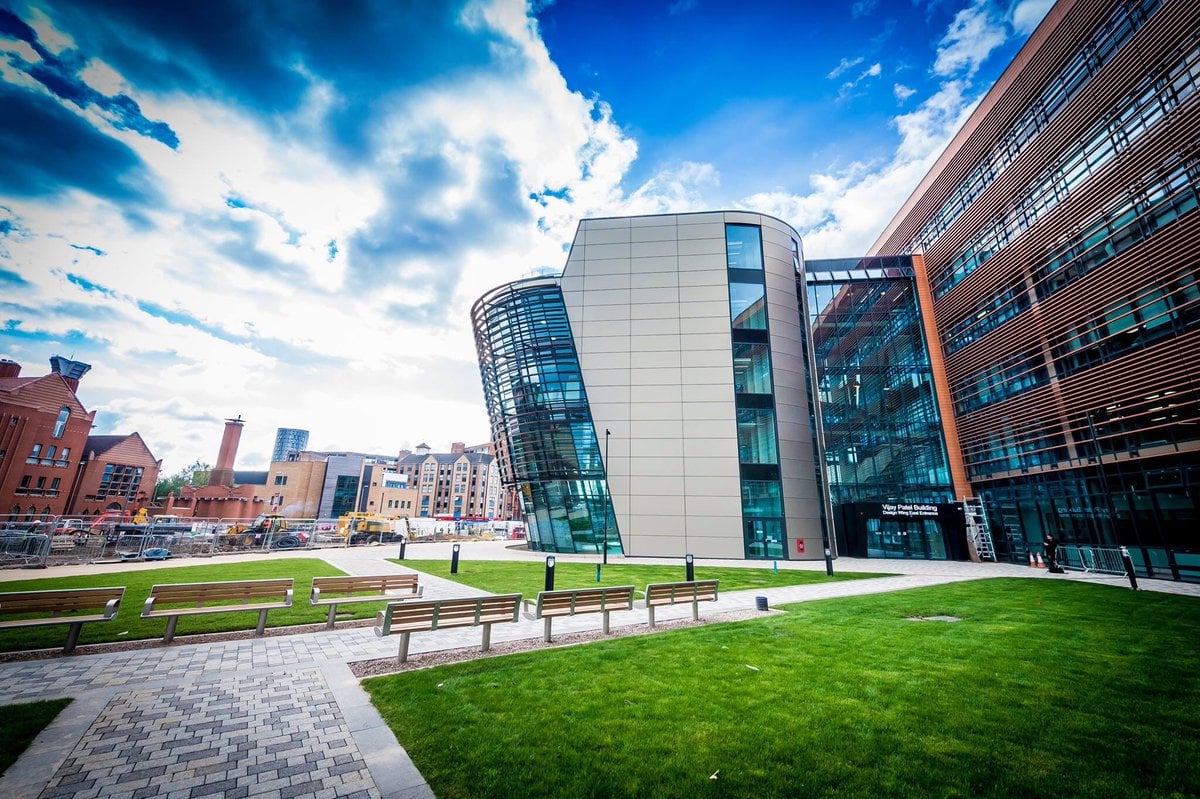 A modern university in the UK sees value in the way Adventus.io cuts down time on its student application process and keeping a human approach to it all.

Located right in the middle of Leicester, England, De Montfort University (DMU) is a cosmopolitan and progressive institution, which attracts students from all over the world.

A post-1992 university, DMU is renowned for its arts and design courses, but also has faculties in business and law, health and life sciences, as well as computing, engineering and media.

“We really are spread across all four corners of the globe,” says Lisa Williams, Deputy Director, Commercial in DMU’s International Office.

“It’s a big cohort that we recruit each September and January, and our students come from all different walks of life, from all over the world,” Lisa says.

“As with most UK universities, Chinese students are our biggest international cohort. Then it’s pretty evenly split between South Asian and African students,” she says.

A unique connection also attracts many students from Thailand.

“The Leicester City Football Club is sponsored and owned by Thai company King Power. So that puts us in quite a good stead in Thailand – we’ve got a good brand reputation and recognition there.”

Despite having a strong foothold in multiple markets, Lisa says DMU is always looking to expand its reach.

A few years ago, the institution signed up to Adventus.io. The university has been receiving applications from qualified students through the marketplace ever since.

This September alone, they’ll be welcoming 20 students who applied via Adventus.io.

Lisa says this is a great result considering the challenges Covid-19 has posed for international recruitment.

“So, to be able to convert 20 students for a September intake is brilliant.”

Working with a large network of recruitment agents across different markets can pose challenges.

“Understandably, agents work with lots of universities – and not just UK universities, they’ll work with Australia, the Americas, and so on. For them, that’s quite a lot of entry requirements to remember,” Lisa explains.

As a result, DMU often receives applications from students who aren’t qualified for a course or aren’t going to follow through on enrolment.

“That really clogs up our pipeline of applications because we’ve still got to sift through them.”

Lisa says a big advantage of working with Adventus.io is the in-house quality assurance teams who triple-check all applications to make sure they are legitimate and complete (as well as assess students’ chances of getting a visa).  The rigorous process includes reference checks, financial checks and visa checks.

“They do the sifting before it hits us,” says Lisa. “They weed out and wade through which application will and won’t make the cut before it even reaches us.”

Easing the pressure in busy periods

As with many UK institutions, DMU is currently seeing a spike in applications as international travel becomes a reality again.

She says the university has quite manual application processes, so outsourcing some of this load to Adventus.io is a big help.

We need all the help that we can get quite quickly, and having Adventus.io there really helps a time-consuming exercise.

“For us, because our CRM is under construction, it’s taking us a while to review applications and make offers. So, removing even just 1,000 of those saves us a considerable amount of business days, per year,” Lisa says.

“We needed all the help that we could get quite quickly. And having Adventus there really helps a time-consuming exercise.”

One of the reasons DMU signed up with Adventus.io was because they needed increased “due diligence”.

​​“We had quite a high level of visa refusals a couple of years ago, prior to establishing a quality pre-visa assessment process, and that really left us in quite a vulnerable position,” she says.

“We then started to work with Adventus.io, and they were able to lift those pressures from us and put in place that due diligence — that agent and student screening.”

For students, international study may be one of the biggest investments of their lives – financially and emotionally. Lisa says it’s important to DMU to acknowledge that.

“I have to say, I think we do a really good job. The sales team that I’ve got around me are brilliant at putting a little bit of a human, personable approach into it. We don’t want to do hard sales; we understand that this is a product that’s intangible. It’s people’s lives.”

She says she sees parallels with the teams she works with at Adventus.io.

“The customer service element that their teams offer, which has come part and parcel of the contract, has been incredibly useful for us … We like working with them as people. It can be quite social; we can have a laugh with them.

Both the DMU sales team and the Adventus.io teams put a little bit of a human, personable approach to everything. This is a product that’s intangible—it’s people’s lives.

“It’s always a joy, actually, to speak to Chris [Price, VP Global Partnerships at Adventus.io] and his local teams. They’re incredibly helpful, incredibly knowledgeable, and insightful. If there’s a gap in something that we don’t know locally, the team is always there to answer. They know their markets inside and out.”

“You do get a lot of edtech companies where it’s just very transactional – With Adventus.io, it’s not like that. There’s a human aspect and personality behind it.”

To learn more about how the Adventus.io marketplace can support your institution, contact us.

Talk to us
What other challenges do you face in your work? Let us know today. Request a demo of the Adventus.io marketplace to learn how to grow your business.
CONTACT
KEEP READING
Company